Sleep apnea is a sleep disorder that affects breathing during sleep. It results in frequent stoppages in breathing and can be potentially hazardous if left untreated. The term ‘apnea’ is of Greek origin meaning ‘without breath’. The breathing distress associated with this condition is due to stoppage or slowing down of airflow. This happens when the respiratory tract is blocked, narrowed or has become floppy.

Obstructive, central and complex – are the three types of apnea, of which obstructive sleep apnea is most prevalent. More than 50% of patients diagnosed with apnea suffer from this type.

This condition is marked by multiple pauses in breathing during sleep (called apnea episodes) where a single pause can last from a few seconds to a few minutes. The number of pauses that a patient is likely to experience depends on how serious the condition is. It ranges between 5 and 30 in an hour.

Affecting close to 4% of American adults, it is caused by complete collapse or blockage of the upper respiratory tract. Narrowing of the airways can be attributed to various factors like obstructive tissues blocking the airway; anatomical abnormalities of the jaw; enlarged tongue or tonsils and many more.  Breathing can also be impaired when there is blockage in the nasal passage.

What exactly happens to the apnea patient during sleep?

During sleep, all the muscles of the body are in a relaxed state. This includes the muscles which help us breathe. This means that these muscles help in keeping the airway open for allowing air to flow in and out. When you are sleeping, the upper throat muscles should remain open for air to flow. But when these muscles are over-relaxed, they become floppy and impede airflow which cause breathing distress. The breathing pauses are thus a result of the muscles of the back of the throat failing to keep the air passage open.

The primary job of these muscles is to support the soft palate, the uvula (the soft triangular piece of tissue hanging from the soft palate), the tonsils and the tongue. Such an important support system may be jeopardized when they are relaxed. The flow of air becomes restricted or may even stop. Over and above stoppage of breathing this also causes a sharp drop in oxygen levels in the brain.

This makes the brain react immediately. Sleep is interrupted and the sleeper tries to breathe again which starts with gasps and chokes.

What causes obstruction to normal airflow?

Several factors can be responsible for causing impedance to normal airflow to and from the lungs:

What are the consequences of sleep apnea? 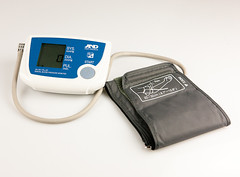 Obstructive sleep apnea not only causes short term distress but also has serious long-term consequences. Many of its long-term effects are potentially dangerous and life-threatening.

But the irony is that most of the time, early diagnosis of the disorder and subsequent initiation of therapy is delayed, since most of the symptoms show up only when the patient is asleep.

When the condition is undiagnosed and therefore untreated, it can result in:

Do children also get affected by this disorder?

This disorder is known to affect kids who are between 2 and 8 years old. As far as pediatric snoring statistics are concerned, figures show that between 3 and 12% children snore. Of these children, an estimated 1 to 10% can get affected by sleep apnea.

The following factors are considered to increase the risk amongst children: 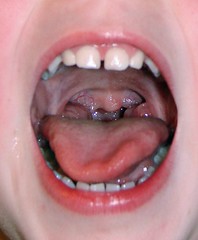 When children remain untreated, it results in several illnesses as well as behavioral problems. These include problems in areas of learning and overall growth and development, heart, rise in blood pressure, etc. The child may also undergo personality changes and develop excessive daytime tiredness, enuresis, bed wetting, etc.

How can one know about its onset?

Obstructive sleep apnea is one of the most common undiagnosed sleep disorders. This is because the symptoms remain unnoticed as they only appear during sleep. Statistics show that there are close to 10 million American adults who are suffering from this condition but they are yet to be diagnosed.

It is usually the person who shares the same bed or room with the patient who notices the distress and helps the patient to seek medical advice. The first symptoms that cause alarm are:

However there are some symptoms which alert the patient. These include: daytime sleepiness, focusing problems, depression, irritability, lack of interest in sex, forgetfulness, irrational weight gain, etc.

What is the rationale of gaining weight when affected by sleep apnea?

Though there are several factors which can be responsible for triggering sleep apnea symptoms, excessive body weight is considered to be a prime cause. Be that as it may, a person may also gain weight while suffering from this condition. Thus a question could be which came first – obesity or sleep apnea. Frankly, it is still unclear, which happens first. All that is known is that on one hand, obesity promotes the onset; on the other, gaining excess and often unexplained weight is a likely outcome.

Are the symptoms same for men and women? 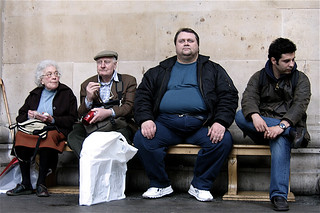 Some symptoms of this disorder are same for both men and women. For example, both genders show signs like interrupted sleep, choking and gasping during sleep, persistent snoring problems, daytime lethargy, focusing problems, etc.

But there are some signs which only men show and they are loss of libido and erectile dysfunction.

The link between sleep apnea and erectile dysfunction (ED) has been documented in a published report in The Journal of Sexual Medicine in 2009, where German researchers found that as much as 69% of male apnea patients suffered from ED. The rationale behind this association could be that during sleep, patients experience chronic oxygen deprivation. According to the research scientists, even a small deficiency of oxygen can have significant impact on sexual activity and erectile function.

As far as women and sleep apnea symptoms are concerned, one study showed that close to half of women experiencing signs like chronic snoring, choking, recurrent breathlessness during sleep, etc never reports them to the doctor. On the contrary, they report symptoms like insomnia, depression, fatigue, morning headaches, mood disturbances, etc. which are mostly non-specific.

This usually results in misdiagnosis or no diagnosis of the disorder for women. The number of women referred to a sleep clinic for a sleep study is therefore far less than men. Be that as it may, the symptoms are far more subtle in women than they are in men. This makes it tougher for the doctor to diagnose a woman with sleep apnea.

The following factors are responsible for increasing the risk for women to develop sleep apnea:

This type of apnea happens when the brain does not send any breathing signals to the breathing muscles. The outcome is that there is no attempt to breath for short periods. This is less common than obstructive sleep apnea and is more associated with ailment of the central nervous system. On the other hand, obstructive sleep apnea happens when there is obstruction in the upper airway. Snoring is not evident in people affected by this condition.

This condition is commonly associated with heart failure and less commonly with stroke. While central sleep apnea can affect anyone, it is more common with people who have certain types of medical conditions or use certain kinds of medicines. It can appear with or without obstructive sleep apnea.

What are the medical conditions  and medicines that cause or lead to this ailment?

How to know about the onset of this condition?

The signs change according to the precise cause of onset as well as the specific part of nervous system that is affected.

The rarest of the three types of apnea; it is a combination of obstructive sleep apnea and central sleep apnea.

Almost anyone can be affected by sleep apnea especially, obstructive sleep apnea. However, there are certain risk factors that can pre-empt early onset of the ailment. You need to be aware of them, as well as keep a close vigil on the symptoms. This way, it is possible to get the condition diagnosed early – so that right type of treatment can be initiated.